The Power of Opportunity Recognition with Rhett Weiss 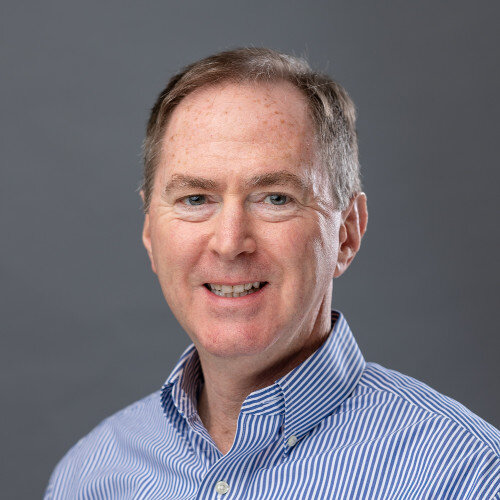 From his first bulk mailing business in junior high to founding DEALTEK, Ltd. in 1999, Rhett Weiss has always been an entrepreneur. In fact, his journey has literally taken him around the globe. Now a seasoned executive and consultant, Weiss attributes much of his success to recognizing opportunities in the real world.

At the January 19th, 2022 Rise & Shine virtual morning meetup, Weiss shared the ups, downs, and unexpected turns of his entrepreneurial journey, which encouraged him to innovate, improve processes, and simply “get stuff done.”

A Virginia native, Weiss describes himself as a “lifelong learner.” He studied management at Tulane University and received his law degree at the College of William & Mary. After attending Georgetown University’s executive business program, he earned law and real estate licenses. The major inflection point came, however, when Weiss moved from a small law practice to a large global firm. As he developed expertise in advising companies about where to do business and at what scale, he began to consider starting his own consulting business

“I had to go off on my own to take the risk and create it and show it worked,” Weiss said. “I’m a risk-taker, but it’s measured risk, and I think that’s part of anybody’s entrepreneurial journey. You have to have some tolerance for risk…you have to understand it, to either allocate it, measure it or just know where it is and who — including yourself — is accepting it.”

Weiss recognized an opportunity in the consulting world: What if he could develop software that compared business choices? He set to work on designing a technology that modeled capital investment decisions in terms of location. Six years later he received the patent for his software, leading to in-house opportunities with both Google and Amazon as well as the founding of DEALTEK, Ltd.

Since then, Weiss has worn many hats. For a time, he served as executive director of the Entrepreneurship and Innovation Institute at Cornell where he taught technology management. He has also continued to have a hand in varying industries and venture capital funds, many of which he’s found unexpectedly, such as an aquaculture operation in Florida.

At the end of the Rise & Shine meetup, Weiss offered aspiring entrepreneurs some advice based on the 10 biggest lessons he’s learned on his journey:

Expect “no” often in entrepreneurial pursuits, including from friends and family. Support that folks promise is often less broad and less reliable than you might expect.

Startup effort will be harder and take more money and support than you think.

Money is spent faster and more easily than it is earned. This, Weiss explained, is simply a law of nature

Your idea will not be as great, new, or different to most people as it may be to you. Somebody else may be doing it already. What you need to focus on are your differentiators.

Money, business, friends and family don’t mix well. If you’re just starting out, think long and hard about involving your business with your relationships.

The best way to raise money is to sell stuff.

Know your customer, their needs, and the market. Know the competition. Know why customers should switch to you.

Build a strong team and a network of mentors and advisors. You can’t do it alone. Find good lawyers, accountants, technologists, and a strong operations team.

The reward for your efforts is in pursuing your passions and in solving problems. It’s not about the money.

In the end, Weiss explained, entrepreneurship requires opportunity recognition, but it’s also all about balance.

Want to hear from more entrepreneurs and business resources?