From Seed to Startup: Mikita Smith’s RISE to Business Owner 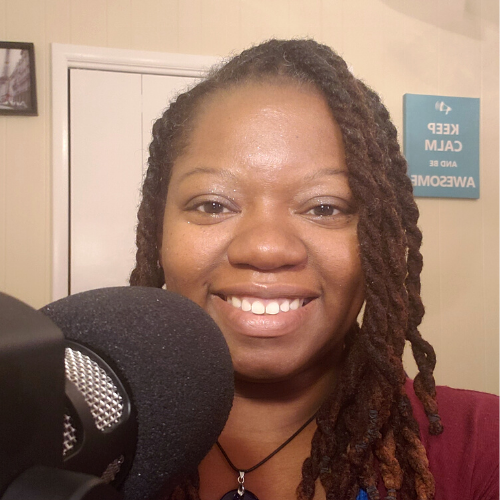 Our latest Rise & Shine virtual meetup featured entrepreneur and CO.STARTERS completer Mikita Smith, who learned later in her professional career the value of hitting “pause.” She now runs a business helping fellow professionals do just that.

The founder of Beautifully Unbalanced, a self-care and wellness coaching business, Mikita has spent her professional career helping others in her community. Prior to becoming a business owner, she was a nurse for more than a decade but eventually felt called to help others outside of that profession and prioritize herself in the process.

“I thought, ‘There has to be more,’” she said. “I felt like I was really missing my purpose and what I wanted to do. I wanted to make an impact. I wanted to help people transform and change their lives.”

To change the lives of others, however, Mikita first needed to change her own. She recognized in herself the need to pause, assess, and slow down a pace of life that had led her deep into burnout. To start, she took up gardening – “Something I never thought I’d do because I usually kill everything I touch,” she said – and found it to be a relaxing outlet. She grew herbs, brewed them into tea, and found a new passion.

However, that passion – much like Mikita’s herbs – continued to grow, and what was born from that initial pause awakened into an entrepreneurial spirit. After launching a self-care-focused podcast called “Thyme for Tea,” Mikita began to entertain the notion of starting her own business helping others along the path of self-care she found for herself. With an idea and a wealth of passion for the project in hand, she turned to the CO.STARTERS program offered by RISE Collaborative. Months later, Beautifully Unbalanced was born.

“One of the things from CO.STARTERS was to ask what you think you’re good at,” she said. “It was funny because everyone I went and talked to, they said, ‘You’re always positive. You never seem to have a bad day.’”

Fueled by that optimism and guided by the CO.STARTERS roadmap, Mikita launched her business and has since helped many others regain balance and fulfillment in their own lives. She offers a range of coaching options, from a two-hour “Breakthrough Journey” to a guided six-week intensive.

She has also continued to produce her podcast – which now tops 30 episodes – and has woven that and a blog into the framework of her business.

“Starting CO.STARTERS gave me a great way to look at a business plan, understand who my audience was, and then narrow it down to just a little bit more detail about who those audience members are,” she said. “When I do things and post things, I generally want to make sure I’m posting as if I’m [marketing] directly to one person. I built an avatar around this person, and I speak directly to them. Whoever reads it, if it’s a message for them, it will feel like I’m actually talking to them.”

“I feel like CO.STARTERS gave me the foundation to do that. And not only did it give me that foundation to create my business plan, it opened up my mind to all the other possibilities.”

Want to hear from more entrepreneurs and business resources?